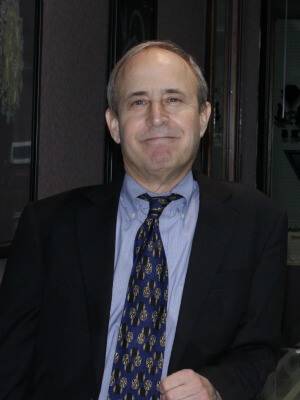 When Jonathan Siegel turned 37 years old, he moved to Houston for the second time to start a new life and new adventure. Hanging a shingle on an office door, Jonathan didn’t exactly know which direction his new venture into jewelry was going to take him, he just knew that diamonds were his destiny.  Jonathan is a third generation jeweler. Both his father and his grandfather owned jewelry stores located throughout the Midwest, but due to economic times, it wasn’t in Jonathan’s future to step into the family business, even though he had spent years training there before going out on his own.

Jonathan was educated at University of Pennsylvania and has a degree in Accounting and a CPA and worked for Deloitte and Touche for a few years in Houston after graduation before realizing that being an accountant was not the life for him.  After leaving Houston and moving back to the Midwest to join his father in the family business, Jonathan went to the Gemological Institute of America, where he became a Master Gemologist.  Having the ability to grade and appraise a diamond has served Jonathan well over the years, not only in his father’s business, but in his own business.

Knowing he needed to distinguish himself as a jeweler in a city that was filled with jewelers, Jonathan focused on buying estate jewelry and used diamonds. He used his contacts in New York and across the country to sell the pieces he bought and eventually he found that he had a niche that was untapped.  Jonathan spent the first several years living hand to mouth and struggling to make Jonathan’s Fine Jewelers survive. He learned how to run a wholesale business, when his background was retail.  He learned how to negotiate to get the best prices and he learned who to trust, and more importantly he built a reputation as one of the most honest and stand up diamond dealers in the city of Houston.

Jonathan is married and has one daughter who attending University of Southern California (USC).  When he isn’t grading, buying, living or breathing diamonds, he is spending time with his family traveling or playing golf.

What Jonathan loves most about the diamond business is finding the diamond in the rough….finding the value in something that no one else can see the value in, and he has found that he has a knack for doing just that.  This is how he has built his business, and this is why his customers come back to him over and over again.