Last week we kicked off a new series featuring our favorite celebrity couples, their engagement stories and the one-of-a-kind, custom made rings that took the relationship next level.

Our first couple, recently married Prince Harry and Megan Markle had a low-key engagement that happened during a night in while the two cooked dinner, however the ring was anything but.

Custom made and designed by Harry himself, the ring featured an ethically sourced diamond from a favorite vacation destination in Botswana and two vintage diamonds from a brooch belonging to Harry’s late mom, Princess Diana.

This week, we’re showcasing Kim Kardashian and Kanye West- one of the most famous celebrity couples to ever grace the red carpet.  Love them or hate them, they recently welcomed their third child back in January- baby girl Chicago, and just celebrated their 4th wedding anniversary in May.

You know you’re in for an over-the-top, media worthy love story when it comes to Kim Kardashian and Kanye West.

Let’s take a look at the power couple’s (also known as Kimye) history. 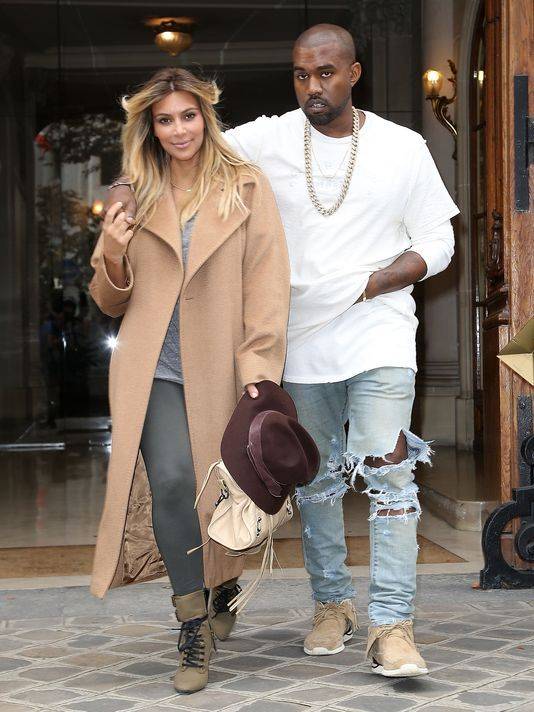 The rapper and reality TV/social media icon were friends long before becoming a romantic item. They met in 2004 when Kardashian was married to her first husband, music producer Damon Thomas.  That didn’t stop Kanye- he would later be referred to as a good, family friend by the Kardashian tribe.

In 2006, Kanye saw a photo of Kim vacationing with Paris Hilton and claimed that was the first time he felt ‘genuinely smitten.’

Several Kanye songs later (inspired by Kim, of course), the pair remained platonic as Kim married her second husband and basketball player, Kris Humphries.  Kim and Kanye were spotted sitting together at a NYC fashion show keeping it friendly.

In 2012, mid divorce from Kris-a marriage that lasted 72 days, Kim and Kanye finally go public with their relationship and the rest is history.   It hasn’t been all roses and unicorns for the couple, but really what marriage is?

Now on to the epic details of Kanye’s extravagant proposal on Kim’s 33rdbirthday.  Would you have expected anything less?

Kanye pulled out ALL the stops for the evening, including a completely empty, rented out San Francisco AT&T Stadium and a 50-piece private orchestra.

We’re no strangers to planning a special event and surprising our ladies, but THAT is next level stuff.

Kim’s mother Kris was the only member of the Kardashian family that knew of Kanye’s plans to propose. She spearheaded the mission of gathering up Kim’s closest friends and family and traveled to San Fran for what everyone thought was a special birthday surprise for Kim.

The engagement guests, dressed in black tie and still without a clue what was in store, were chauffeured to the stadium to await Kim and Kanye’s arrival.  A few family members spotted celebrity jeweler Lorraine Schwarz after arriving at the stadium and knew something more than a birthday party was going down.

As a blindfolded Kim arrived with Kanye at AT&T field, friends and family were ushered into the dugouts with strict orders to turn off their phones and not post anything on the socials until they were cleared.

The couple walked onto the field to the pitch, where the orchestra began to play ‘Young and Beautiful’ by Lana Del Rey accompanied by fireworks and burning roman candles.  In Kanye’s grand finale, he dropped to one knee and popped the question with the stadium sign blasting PLEEEASE MARRY MEEEE!!! in the background.

Stunned and shaking, Kim obviously said YES followed by all the guests rushing the field to surprise her and congratulate Kimye on the field. 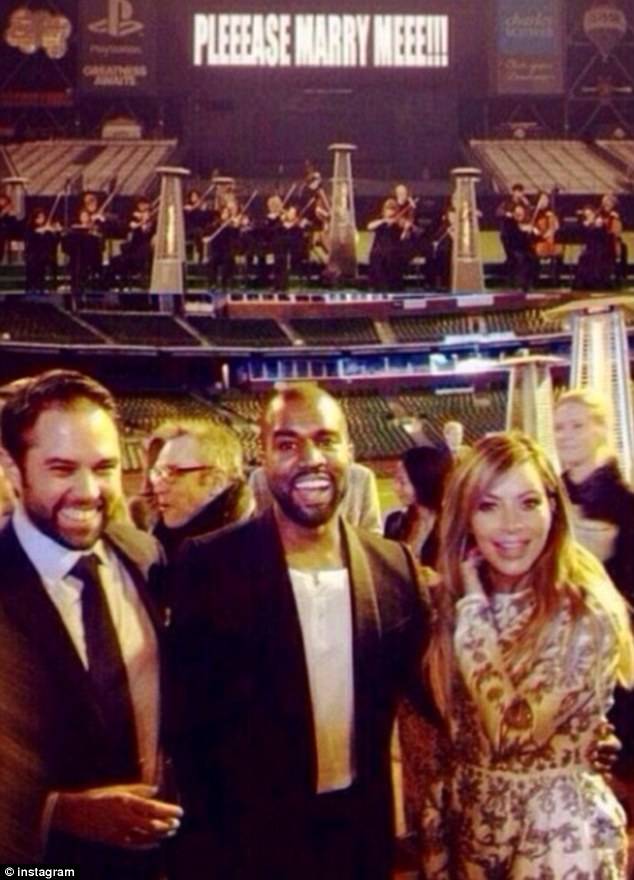 Kim stated “This is the best thing I’ve ever seen in my life. I’m gonna cry. I didn’t know this was real. This is a movie.” 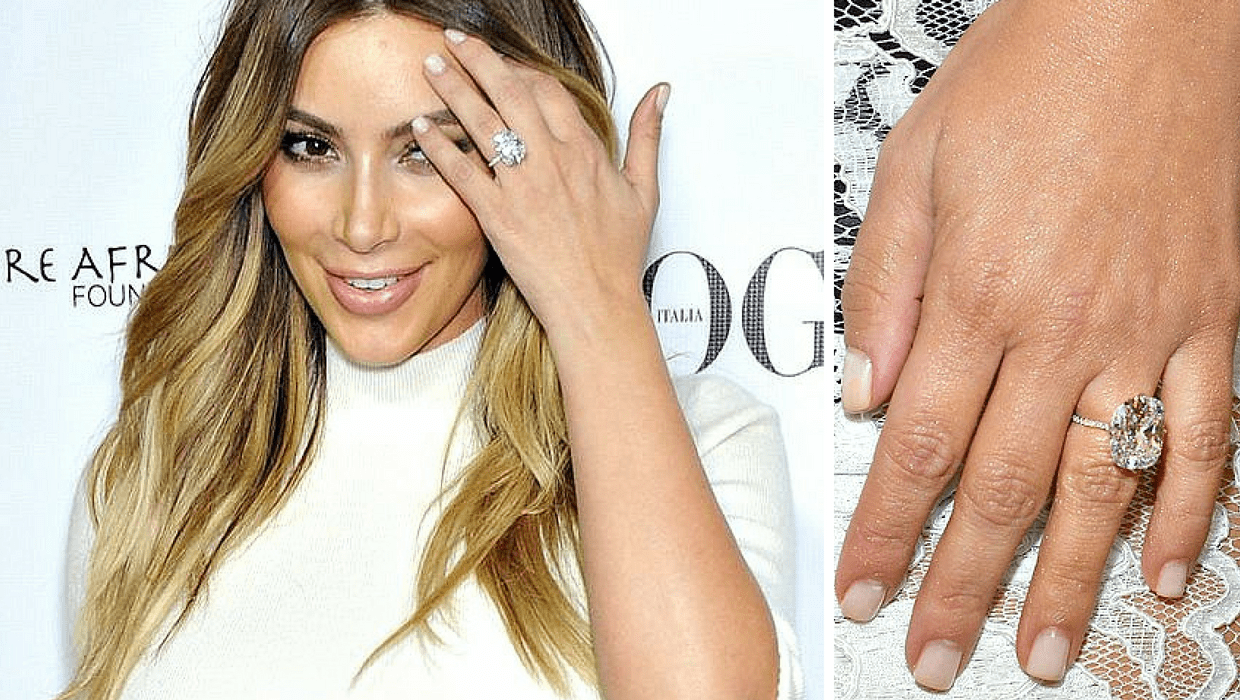 Designed by Kanye himself, the ring featured a floating 15-carat D, flawless cushion-cut diamond from Lorraine Schwartz. He reportedly was up most of the night before the surprise celebration perfecting last minute details.

The incredible diamond is set compass-style, with prongs at North, East, South and West.

To enhance the sparkle factor, the very delicate micro-pave band was also encrusted with diamonds AND the center stone is resting on an additional ring of diamonds with a micro-pave basket. Did someone say double bling?

The price of the engagement ring was an estimated $2 million.

Not to be outdone by the nearly 20-carat engagement ring she previously received from Kris Humphries, two years later Kanye gifted her an upgrade. The updated version was very similar to the original engagement ring design, except weighing in at 20 carats and worth $4 million, making it Kim’s biggest diamond.

Unfortunately, this 20-carat ring was stolen during the infamous heist at Kim’s hotel during Paris Fashion Week.  Since the robbery and still today, Kim has been seen wearing a minimal, yet elegant diamond wedding band.