Welcome back to our celebrity engagement series, where we’re sharing alllll the details on how the rich and famous pop the question, as well as breaking down the custom designed engagement ring picks.

Some celebs propose mid-air, while others prefer to rent out professional baseball fields.  We love the proposal stories either way, but what we REALLY live for is the bling.

Our next celebrity feature is recently engaged Justin Bieber and Hailey Baldwin. 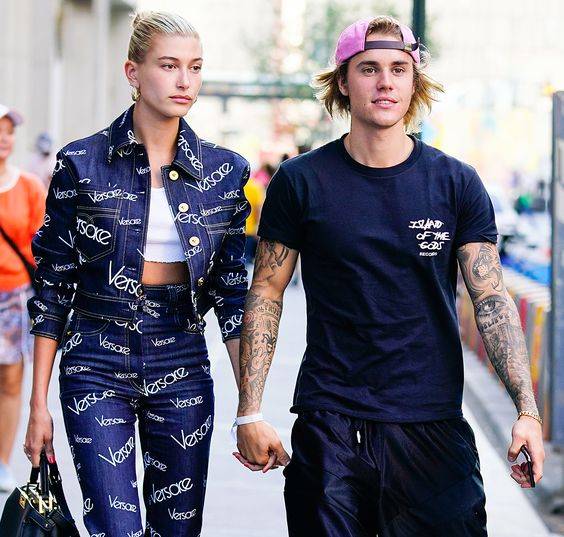 Justin is a pop artist originally from Canada that’s been winning over girls hearts since age 13.  We’ve watched him grow up- from teeny bopper to controversial bad boy and most recently to matured Baldwin fiancé.  Justin Bieber proposed to his girlfriend- American model and famous Baldwin daughter, Hailey earlier this month and the media can’t get enough.

Justin and Hailey met in 2009 on the red carpet, just as the baby Bieb’s career was taking off.  The two were introduced by Hailey’s dad- actor Stephen Baldwin.  They remained platonic friends throughout Justin’s on-again-off-again teenage relationship with Selena Gomez.

Over the years, Justin and Hailey have been spotted together at church, Clippers Games, and New Year’s Eve parties, but every time the two swore it was just a casual thing- until it wasn’t. They became a real couple in 2016 for a short-lived time.

At 21, Justin opened up about his commitment issues and told a reporter that between his career and his lifestyle, the last thing he wants to do is “get into an exclusive relationship,” whether it be with Selena, Hailey or any other girl.

Fast forward to this year, when the two reconnected and officially became an item and were caught mid-PDA all over Miami and New York. They’ve been inseparable since.

It seems sudden to propose after only a month of dating, but not really- since the couple practically grew up together.  Sources say Justin had planned to propose weeks in advance, after asking Hailey’s dad for her hand in marriage of course.

Justin planned a romantic getaway to the Bahamas and had the ring delivered to his NYC hotel just before jetting off.

The couple was out salsa dancing at their resort when Bieb’s security team instructed everyone around to put away their cell phones because ‘something exciting was about to go down.’  Justin reportedly got down on one knee mid-salsa dance and popped the question in front of complete strangers.

Hailey ecstatically said yes and later made it social media official and tweeted:

Not sure what I did in life to deserve such happiness but I am so utterly grateful to God for giving me such an incredible person to share my life with! No words could ever express my gratitude. ❤️

The engaged couple enjoyed a few more blissful days in the Bahamas before returning to the States. 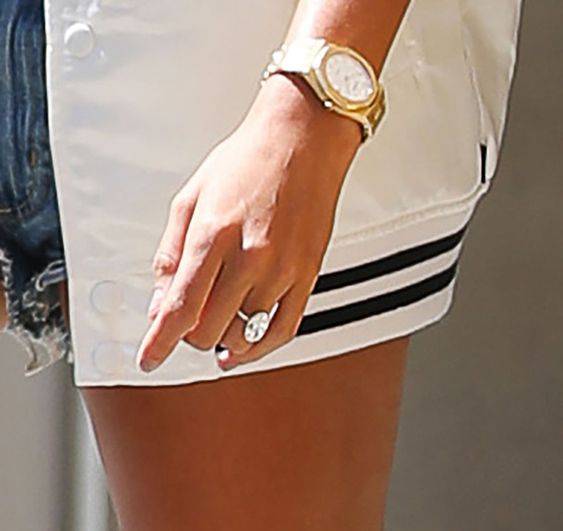 Justin purchased the specially made ring from a jeweler- Jack Solow of Solow & Co. in New York, whom he met through his manager weeks earlier. While we don’t know the exact size, the jeweler hinted it’s nearly 10 carats and cost him around 500K.  That’s one heck of a diamond!

Solow stated, “In the end, Justin wanted something that would gracefully accentuate Hailey’s beautifully shaped hands. We settled on an oval stone that was just exceptional in its length and grace. Look at her hands — she’s exquisite.”

The ring features a massive, elongated, oval diamond on a smaller band, which we’re seeing more and more of recently.  It was ALL about the diamond when Justin was designing the ring for Hailey according to Solow, and the jeweler selected one of the most beautiful gems he’d seen for the final masterpiece.

Cograts Justin and Hailey and we look forward to wedding details!

Are you planning to propose this year? Let us help you craft the perfect ring for your future bride.